Upon celebrating the retirement of Jean-Pierre Dubreuil, cut-list and pre-production manager at Muraflex, we sat down with him to go over his experiences with the company. From collaborating in the design of our first door to leading his team, we follow his career at Muraflex as it evolved over the years.

Manager of Cut-List and Pre-Production at Muraflex, Jean-Pierre Dubreuil, is bidding us goodbye after nearly 10 years. Informally referred to as JP at the Muraflex family, Jean-Pierre sat down with us on the sunny Friday to speak to us about his experience and how he feels about upcoming retirement.

JP doesn’t look like someone about to retire; he has the same energy and zest for life as someone on the brink of inspiration or in the throes of a creative project. This tells us that Muraflex is not the type of company to wear you down, even after ten years with the company.

Prior to Muraflex, JP was part of a furnishing company called Patella, working alongside Marcello Petreccia, who is now Executive VP of Muraflex. In 2013, Marcello decided to join forces with his brother Fernando, taking along with him a few key players including JP. 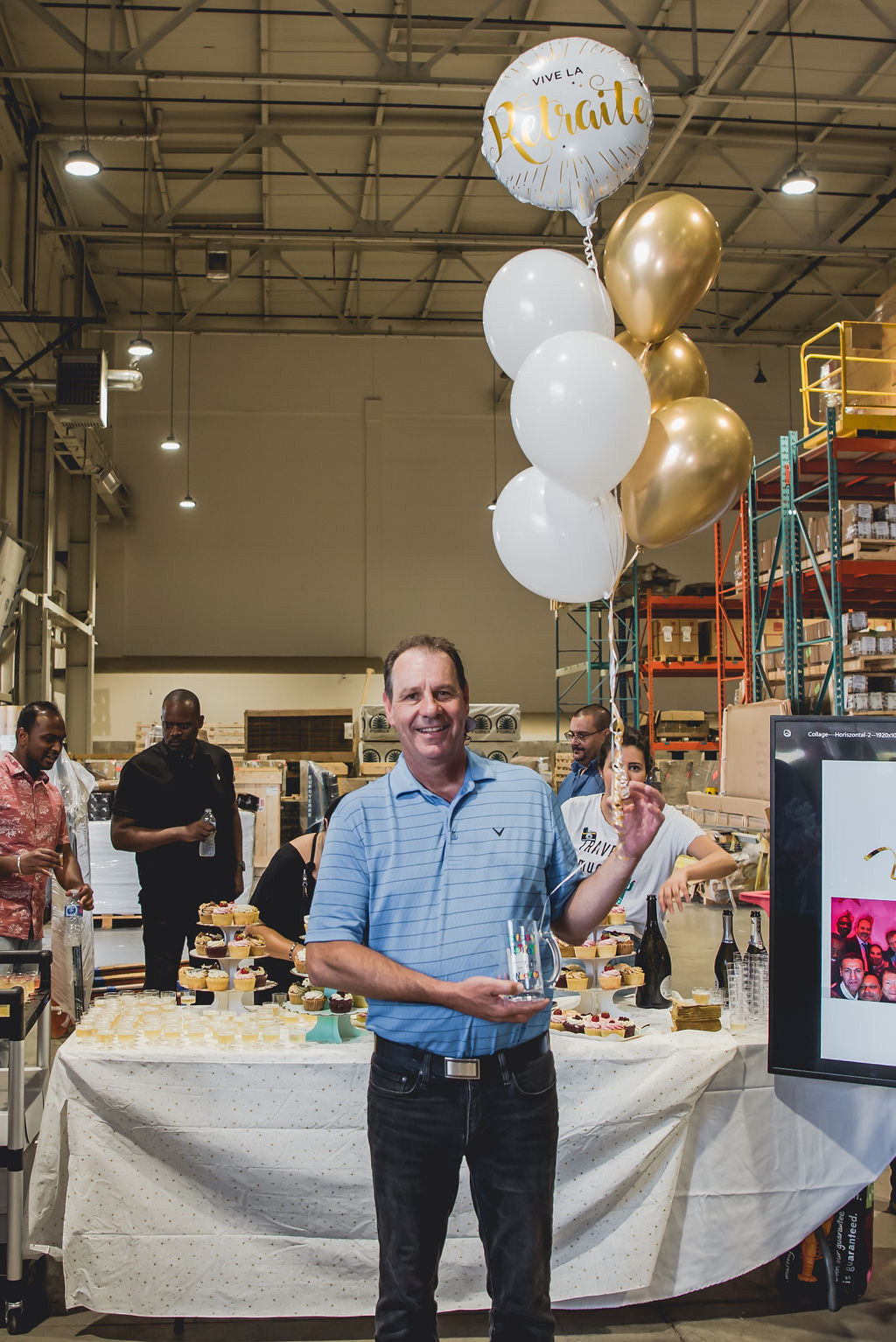 JP saw Muraflex in June 2013 in its beginnings, before it became the largest demountable wall manufacturers in North America with over 300 employees and clients all over the US and Canada. When he started, there were only four people in the production department, and the sole product at Muraflex was MIMO. JP witnessed Muraflex’s evolution, watched the birth of FINO, QUADRO to follow, and eventually all our systems. Three years after he joined Muraflex, JP designed its first door. He fondly recalls the finish as champagne anodized. JP’s initial prototype is what eventually evolved into the Muraflex standard pivot door. He mentions this as one of his favorite memories at Muraflex, as well as working alongside Carlos to design more custom-made items. Muraflex allowed JP to embrace his creative, inventive side, as well as getting hands-on with the systems.

Another significant challenge he mentions is moving departments from production to pre-production, and is overall very pleased with his personal development within the company. They started off with 100 elevations per week and moved up to 350-450 at its peak. In addition to the growth of the business and team, technological advancements also added to Muraflex’s development, starting from manual cutting, to attaining our first CNC, to eventually becoming the industry leaders that we are today. Muraflex used all technology at hand to explore and expand our industrial limits.

While JP was heavily involved in production and, his main interest lay in creating custom designs for clients. He became the director of a department that started out as a team of four and eventually grew to 40. As someone who thrives on team building, JP focused on collaboration with his department, even during his management position. It’s one of the many qualities that attribute to his beloved reputation within his department and the company as a whole.

JP worked with his heart, truly enjoying what he did. JP acknowledges that staying active keeps one young, which is why he’ll keep up with physical activities such as golf in his retirement.

Most importantly, he also plans on visiting Muraflex to conduct training on a weekly basis starting this month. JP has chosen to use his time to pass on the knowledge and share the lessons he has learned during his years in the industry. Many retirees are happy to put their career behind them and let the new generations figure the ropes on their own. JP, on the other hand, has the drive to educate newer and older hires alike, and see the department thrive.

As a final thought, we congratulate Jean-Pierre for all his achievements and thank him for his dedication, and for being part of a team that built Muraflex into what it is today. 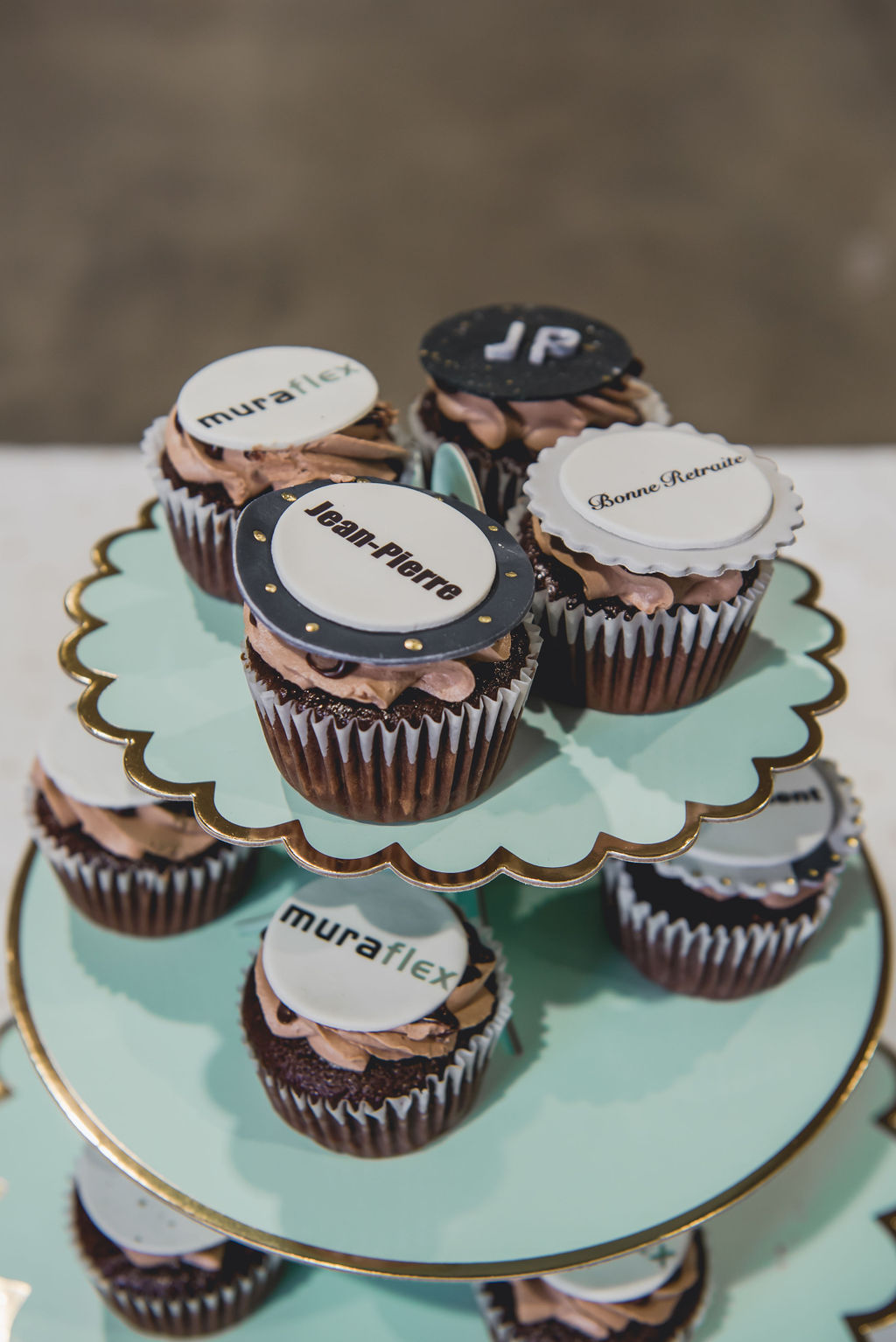 A Stunning Atmosphere with FINO

This consultancy agency  has chosen FINO with a sleek architectural bronze finish to represent their brand at their Washington branch.…

FINO for an Exquisite Touch

Whether you lean towards monochrome designs, or you prefer a touch of boldness, FINO walls will always provide you with…